Awareness and Pitfalls of Rapid Testing

It is therefore important to consider that some waterborne bacteria grow/propagate very differently. Moreover, some bacteria are more fastidious (fussy growers…) than others, thus providing a reason for rapid testing in ‘some’ instances. For example, when culturing Legionella species using ‘traditional’ microbiological methods (plating and colony counting), a ‘confirmed’ result should be available after x10 days, but once you factor the time associated with drafting the associated laboratory report and this being adequately communicated to the site (Authorised Persons (AP) and Responsible Person (RP)) from where the samples were taken, then the process of obtaining a confirmed result in this regard may take up to 2 weeks or potentially longer should microbiological sampling be outsourced rather than managed in-house. 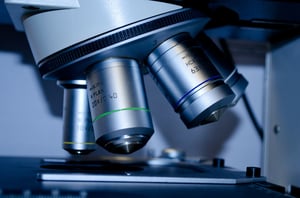 Therefore, waiting 2 weeks for a ‘confirmed’ result may not be particularly desirable – especially in the case of Legionella analyses whereby reported results may very well determine the extent of corrective action taken by the operational and management teams of a given estate. This has given rise to the emergence of rapid tests which propose to deliver confirmed results in a fraction of the time associated with traditional methods. Some methods propose to deliver results within a couple of days (sometimes using selective agar and fluorescence markers), whilst other methods propose to deliver confirmed (quantitative) results within a couple of hours (such as with qPCR). However, some caution should be exercised when using rapid diagnostics as no single method (including traditional methods) is without limitation. Therefore, understanding the strengths and weaknesses of microbiological diagnostics and the nature of what you’re sampling are key considerations for establishing the ‘suitability’ of a chosen test method.

Having established that the predominant weakness with traditional testing is the time it takes to obtain a confirmed result for some bacteria (such as with Legionella) and that conversely this is the predominant strength of rapid testing, rapid diagnostics are not without weakness. For example, whilst qPCR-based assays typically have a negative predicative value (NPV) of 100% (correctly identifying a negative result 100% of the time), these methods are known (historically) for having poor discriminatory power, thus detecting both living (viable) and dead bacterial cells – which may not be particularly suitable when resampling a recently disinfected water system – previously affected by waterborne pathogens. 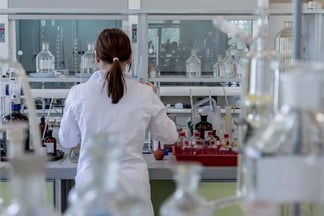 Whilst it may be reasonable to argue that PCR methods may also recover viable but non culturable cells (VBNC) and that in turn this may highlight another weakness of traditional testing (plating/colony counting may not necessarily detect all viable cells – if stressed…), there is still the potential for these diagnostics to recover/report both living and dead cells. Filtration has however been used to help mitigate the risk of recovering dead bacterial cells when using PCR-based assays but another consideration is that these diagnostics report in ‘genomic units’ (GU) rather than colony forming units (CFU).

The guidance notes published to assist with the safe management of potable water within health and non-health estates (HTM04-01 and HSG 274 Part 2) make reference to ‘action limits’ and associated corrective action to be taken when water systems become colonised by waterborne pathogens such as Legionella and Pseudomonas aeruginosa and these action levels are detailed in ‘CFU’ rather than GU. This has obviously raised questions regarding how ‘meaningful’ the results are from PCR-based methods – thus necessitating algorithms to convert GU to CFU. Whilst this has been achieved for some Legionella species (pneumophila) completing this exercise for the Legionella ‘genome’ remains a work in progress.

In summation, whilst ‘some’ rapid diagnostics could be considered in ‘some’ respects to be superior to ‘some’ traditional methods, no single test method is without weakness and considering the aforementioned weaknesses of PCR-based assays, there will undoubtedly be merit in using these diagnostics (as a screening tool) to quickly establish the presence of an organism (or not…) within previously unaffected water systems, whilst established (ISO, UKAS accredited) traditional methods may be indicated as confirmatory tools. It may also be prudent to consider that ‘presumptive’ or interim results are often provided by laboratories (using traditional methods…) for pathogens such as Legionella whereby results may be reported after x3 or x7 days therefore providing a steer on the likelihood of contamination prior to the confirmed results being sent/received. Whilst this may weaken the argument for using rapid tests, such diagnostics undoubtedly represent the future for microbiological testing, but until the aforementioned limitations have been addressed then it’s reasonable to assume that using both traditional and rapid tests (where reasonable and practicable) represent the most robust approach.

If you have questions regarding the issues raised above or you would like to speak with one of our consultants please click here to get in touch.

Editor’s Note: The information provided in this blog is correct at date of original publication – September 2020.

Paul is a Microbiologist who has diversified over his career into supporting clients with understanding of water control strategies, water sampling strategies along with consultancy support of specialist advisory services. These services have included membership of Water Safety Groups, shaping water safety plans [policy and operational control plans]. All of which reflect the offering of our Authorising Engineer (Water).

Like all commercial buildings, leisure centres and gyms should follow guidance set out by the HSE regarding water safety and hygiene. Guidance such as the HSE’s ACoP L8 with the supporting...
END_OF_DOCUMENT_TOKEN_TO_BE_REPLACED

Seasons Greetings from everyone at the Water Hygiene Centre

As 2020 finally draws to a close and the festive season is now upon us, we would like to share with you some Christmas cheer with a hand drawn card by our very own Managing Directors nephew,...
END_OF_DOCUMENT_TOKEN_TO_BE_REPLACED