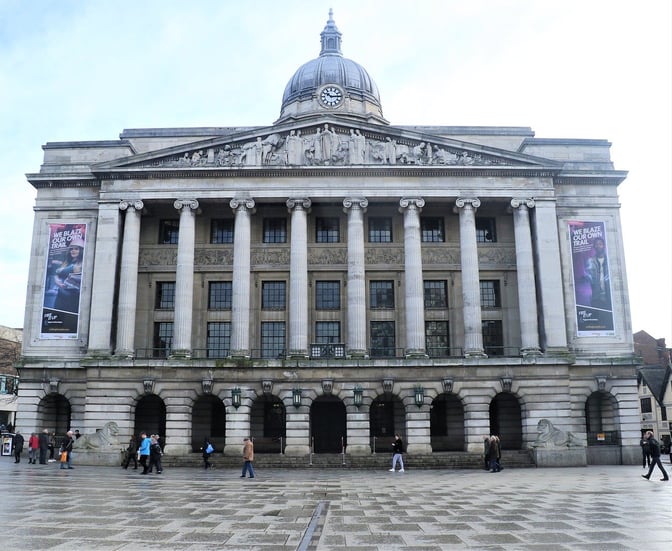 Local authorities are responsible for the provision of an extensive range of public services alongside promotion of the interests of your local community, including the social, economic, environmental, recreational, cultural, community or general development of your area. It’s a tall order!

Nonetheless, in common with other public sector organisations, they have a duty to ensure that buildings under their control comply with appropriate statutory, regulatory and guidance standards. Since the 2008 economic downturn in the UK, funding levels have continued to be cut via central government and LA’s are increasingly reliant on local taxes for revenue. Legionella management continues to vie with several other compliance areas and isn’t always seen as one of higher priorities.

Legionnaires' disease is a relatively rare though potentially fatal bacterial infection [~500 cases/annum in England & Wales] and despite headlines in the event of a local outbreak, when perhaps the man of the street becomes more concerned, the reality is it is soon forgotten. LD is by definition not an immediate risk such as a an HV/LV electricity risk or a burn/scald. LD risks outside of those directly involved in water management or compliance are often not a visible concern on any level. This in itself is problematic, however with widespread awareness [at relatively low cost] these concerns can be mitigated.

Vulnerabilities and food for thought -

An FPS report from 2011 on Compliance Monitoring in Council Buildings highlighted the task of achieving compliance in LA buildings ‘has become increasingly complex, onerous and difficult in the context of various potentially competing drivers’ including:-

- An increasing burden of legislative and regulatory duties falling on building
occupiers.
- Delegation of relevant budgets and responsibilities to individual establishments,
notably schools but with ultimate accountability still seen as resting with the
corporate body of the Council.
- The consequences of increased delegation which has brought about a significant
reduction in resources retained centrally to develop and monitor compliance with
relevant standards.
- Loss of critical mass and control in delivery of property related services through
outsourcing, budget reductions and fragmentation of resources.
- Governance arrangements in establishments are becoming increasingly more
complex through the move to Shared Services and Partnering arrangements that
do not fit easily with traditional landlord and tenant definitions. 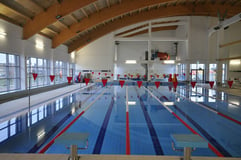 Evidence of the ultimate failure in Legionella compliance is also demonstrated on an intermittent basis with Legionella outbreaks, such as that found in a leisure centre operated by Tendring District Council in Essex recently. (Read BBC Article Here) The failures identified by the HSE during their investigation concluded that following a decision to bring the services in-house, the Council staff were inadequately trained to deliver the service to a satisfactory standard over a 10 year period. The district judge said directly that the council’s fine ‘would have been 10 times higher, had it not been a public body’. 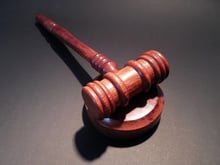 The key learning point from this prosecution is that competence levels for in-house staff delivering water hygiene services must be routinely monitored and audited, as all external contractor’s staff would be. To have these critical services delivered by inadequately trained and un-audited staff, whether in-house or by an external contractor, is simply not acceptable in 2020.

A clear message to ensure control -

As we struggle to contain and cope with the effects of the coronavirus pandemic, the effective work of local authorities in supporting and providing services to their communities will be more important than ever. Legionella risks could certainly increase without continued due care and attention, particularly as we transition to a new normality, including with the re-occupation of properties that may have been mothballed or at best under occupied since March this year.

Whatever your political persuasion, a distinct lack of clarity and often erratic and confusing messaging in the UK to reduce Covid-19 risks has shown a level of chaos and uncertainly none of us foresaw. That said, the countries that fared best such as Singapore, New Zealand and Germany have shown swift instigation of measures, clear visualisation of messaging and carefully thought out decisions can ensure a best or near best outcome is achievable. So, are there parallels to be made between Covid-19 and Legionella risk management? - the answer at a strategic level, certainly has to be yes.

LA’s will always have multi-tiered management structure and the importance of a straightforward Legionella risk management ‘communication pathway’, where internal and external staff at all levels have clarity regarding their role and prescriptive responsibilities is vital. The forum for this, would be a dedicated Legionella / water safety management group and a clear management framework, accessible to all staff members. This is often found in water safety policy documentation, and more widely on the LA intranet in conjunction with other contract documentation.. 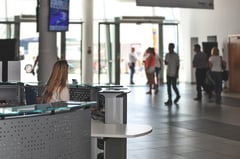 The arms-length management that very many councils adopt, either by accident or design can also often make Legionella risk management difficult to oversee and put the day to day risk management into the hands of contractors or LA staff more local to the properties. Historically LA’s have used direct labour [DLO’s] to undertake Legionella minimisation control measures, however for many years now these have become the exception to the more regular use of externally procured water hygiene contractors. The latter have several benefits in theory, such as a dedicated, suitably trained and competent workforce, local to the managed properties and with costs agreed up front. On the flip side, externally employed staff will perhaps not show the goodwill provided by direct staff, competency may not be as advertised and this sort of contractual arrangement may well induce some level of LA complacency.

Lowest price tendering is also be a feature of local authority Legionella or water hygiene contracts both before and since the 2008 downturn, however this ignores the associated risks and adverse consequences. In a competitive market contractors are often forced to price work at unrealistically low levels. This leads to contractors being unable to maintain standards or make profits. In fact, this type of contract is far less likely to deliver costs savings, but more cost and time overruns - so poor value for money. The end product will be increased levels of corporate risk – even if this may not be visible for an extended period of time. 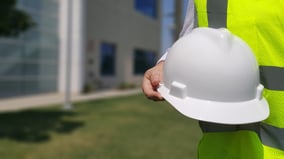 Where external contractors are used, it often also becomes apparent that the LA staff liaison to the contractor become a vital link between the strategic ‘meeting based’ management of Legionella and the operational side of the Legionella management. The competency of these individuals is critical and their ability to make quick and effective decisions will regularly come under scrutiny.

Covid-19 fall-out will continue to provide LA’s with uncertainty and perplexing Legionella issues. Some of these for consideration are as follows;

• Outsourced services if the service provider becomes insolvent or gets into difficulty. Local authorities will need to consider the best option to ensure continuity and future provision of services.
• Decision making and accountability. Many local authorities have sensibly decided to postpone face to face meetings for the foreseeable future but they still need to function and there will also still need to be transparency of decisions.
• Meeting statutory obligations. The impact of the pandemic on the availability of workers, access to resources and ability to travel could put pressure on the ability of local authorities to comply with their statutory duties.
• The responsibilities of local authorities as owners, landlords and tenants of buildings. Local authorities will be obliged to comply with any and all relevant legislation and guidance, particularly including health and safety ie Legionella related tasks

We shouldn’t forget, in August 2002, seven members of the public died and 180 people suffered ill health as a result of an outbreak of legionella at a council-owned arts and leisure facility in the town centre of Barrow-in-Furness. In 2006 public meetings were held and a report issued to record the content of those meetings and to allow others to learn what caused the outbreak and what changes have been made since. It also allow duty holders with similar responsibilities for controlling legionella to benefit from the findings of the investigation and be able to apply the recommendations identified as a result of the tragedy. 6 fundamental failings were identified as follows;

What is apparent to all of us employed in the compliance industry from these six failings, is they are commonplace and we must ensure adequate due diligence is the foundation stone in our Legionella risk management approach. 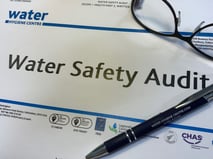 What are the benefits of a Water Safety Audit, and why should I have one?

Despite all the aforementioned issues LA’s face including complications of scale, funding and management complexities, Legionella risk management at ground level in an individual building or property is fundamentally very often straightforward. The often quoted truism ‘keep it moving, keep it clean and keep it at the right temperature’ is a reminder that keeping a message clear and simple can be beneficial when dealing with a large portfolio and properties - all with inherent Legionella risks.

Editors Note: The information provided in this blog is correct at date of original publication – July 2020.

Is Legionella testing a legal requirement?

We regularly get calls and messages from people asking if we can do ‘legionella testing’ for them. Sometimes it becomes apparent that they aren’t sure what they are actually asking for, or why!
END_OF_DOCUMENT_TOKEN_TO_BE_REPLACED

Water Risk Assessments at the Commissioning Stage – How to Stop Being Dealt a Bad Hand Although it’s a well known legal requirement within Health &...
END_OF_DOCUMENT_TOKEN_TO_BE_REPLACED